Motorrad Fest is unlike any event we’ve done in the past. You can join us for a day or all weekend. Every day pass or three day pass will include full access to all entertainment...
Read More "Register for M’Fest"

Tennessee, here we come! M’Fest will be held in the outdoor area of the Wilson County Fairgrounds and James E. Ward Agricultural Center in Lebanon, Tennessee. The paint is still wet on a few details...
Read More "All About M’Fest"

If you have questions about Motorrad Fest or would like to pitch in and help, we’d love to hear from you. To contact us, submit the form below with your question or message. Or, email...
Read More "Contact Us" 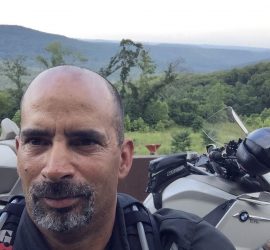 On behalf of Wilson County, Tennessee, I’d like to officially...
Read More "“Wilco” Welcomes the MOA"

50 things to do in Tennessee!

Check out this site from an RV website with details...
Read More "50 things to do in Tennessee!"

Add a Rally Shirt to Your Registration and Save

Read More "Add a Rally Shirt to Your Registration and Save"

Motorrad Fest will bring a taste of Tennessee to the entertainment schedule, with a number of local and regional acts performing from early afternoon into the night. 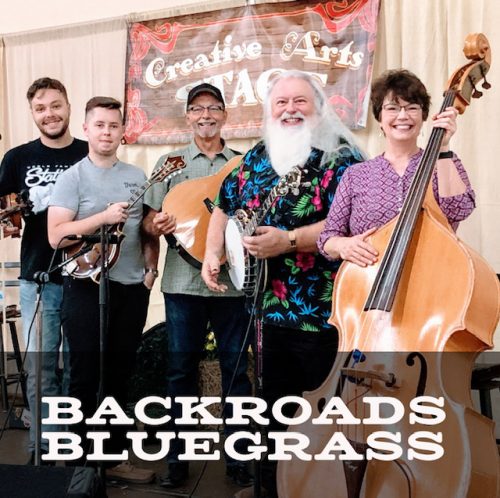 Friday kicks off at 2 PM with Backroads Bluegrass. “Backroads” is a nod back to the days growing up on the back roads-the way the farmers went to their fields. Less traffic, natural views and marking the seasons by the crops growing in the fields. Backroads Bluegrass is made up of musicians local to Lebanon, and they believe bluegrass is meant to be played on acoustic instruments with individual instrumental breaks and rich harmonies. They play a fun, interesting mix of traditional bluegrass and even take on songs not usually heard in an acoustic setting.

Following them is Andrea Goodman and the Redneck Revival. Andrea began her music career in Bowling Green, Kentucky, where she played acoustic shows and provided a fun weekend atmosphere. Andrea made the move to Music City in 2014, where she began putting her stories into song.

Andrea hopes to touch the souls of her fans on an international level, with her unique style and personal lyrics. With inspirations from a variation of different genres, including country, Americana, folk, classic rock, blues and gospel. She released her debut album, No Man’s Land in 2019, which displays her life in lyrics drawing from numerous personal life experiences. When asked why she is pursuing music, she replied, “My goal is to take my songs and transform them into strong lyrics with melodies that people across the world can relate to. Anything in addition to that is simply icing on the cake.” 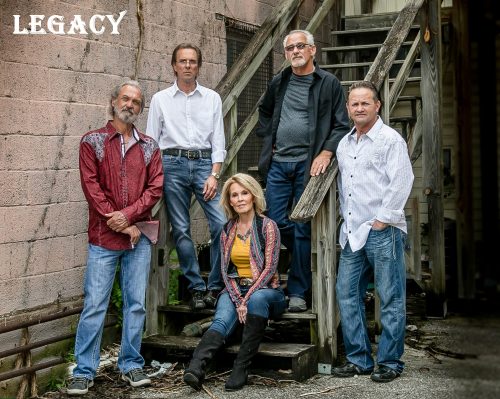 Friday’s entertainment closes with an epic set from Legacy starting at 6.30 PM. Legacy’s playlist includes some of the very best classic rock as well as their own original music. The seasoned band are veterans of the stage and have played with national acts like the Charlie Daniels Band, Blackberry Smoke, Little Texas, Diamond Rio, Boz Scaggs, Kentucky Headhunters, Little River Band, Loverboy, Three Dog Night, 38 Special, for founding member of Styx, Dennis DeYoung. You can expect a great show when Legacy takes the stage!

After a good night’s rest, Saturday gets going at 1 PM with Dennis Boom. Originally from New Jersey and New York City, Dennis spent 20 years in the US Air Force and another 20 with the Veterans Administration, taking up guitar when he was 25 years old. His career kicked off in NCO clubs and expanded when he moved to middle Tennessee, where he played in bands and explored his influences, such as the Beatles, Neil Young, Neil Diamond, Cat Stevens, Gordon Lightfoot and John Prine.

The Michael Vance Trio takes the stage at 2.30 to rock the day up a bit. Michael Vance is a guitarist-vocalist-songwriter born and raised in Nashville who picked up his first guitar at 16. It did not take longer than few years for Michael to master his guitar and start performing with world-class musicians, including Derek St. Holmes (Ted Nugent), Shaun Murphy (Eric Clapton, Bob Seger), Johnny Hiland, The Wooten Brothers, James “Nick” Nixon and Robert Randolph, and playing studio sessions with Nashville studio drum legend Milton Sledge. With influences like Pink Floyd, Eric Clapton, Jimi Hendrix and much more, The Michael Vance Trio has quickly made a name for themselves in and out of the Nashville community.

It’s back to country after MV3 when Tennessee Outlaw Country takes over the stage at 5.30 PM. Rising up from the hills of Middle Tennessee, TOC plays their way through multiple genres, including traditional country, outlaw country, southern-fried Rock, Americana and folk. They pool talent from near and far to bring fresh, new songs to fans in a style as unique as the songs they perform.

If you don’t have to go home on Sunday morning, don’t, because we’ll continue the fun on the main stage starting with One Way Out at 2 PM. One Way Out is a dirty shirt rock n’ roll band from Washington D.C., packing venues in their hometown, touring with Soraia of Steven Van Zandt’s Wicked Cool Records, and being nominated for Best Hard Rock artist in D.C. alongside names like Clutch before most members even graduated high school. “Not only can they pack a room full of fans but they can play like seasoned champs, filling a space with the sound of rock ‘n’ roll.” Known for their eclectic style — a meld of blues-inspired late 60s rock (Led Zeppelin, The Doors) with progressive elements inspired by metal, hard rock, and jazz — the band also takes on the aggression of punk emanating from the local DC scene and the philosophies of more modern acts, such as King Gizzard and the Lizard Wizard, Oh Sees and Tame Impala, giving them “a strong ’70’s vibe mixed with a modern songwriting style.” Other artists that have inspired the band are the Eagles, James Taylor and blues legends such as B.B. King and Muddy Waters.

Before you head home, check out a two-hour set from Hickory & Friends starting at 4 PM Sunday afternoon.